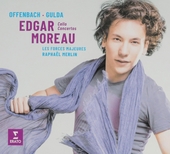 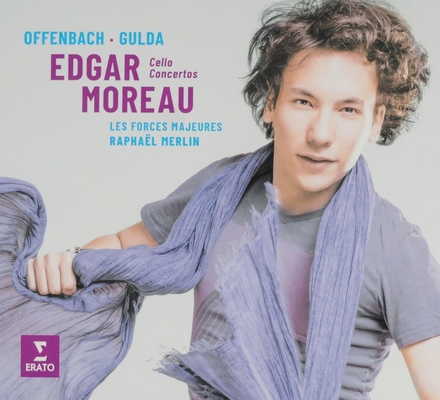 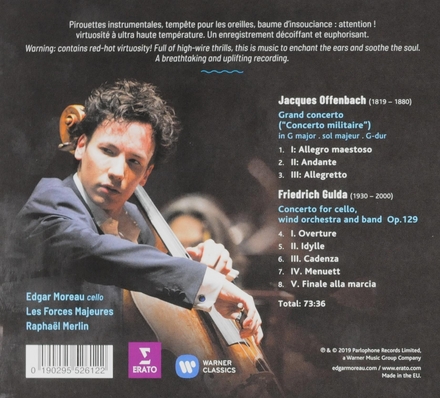 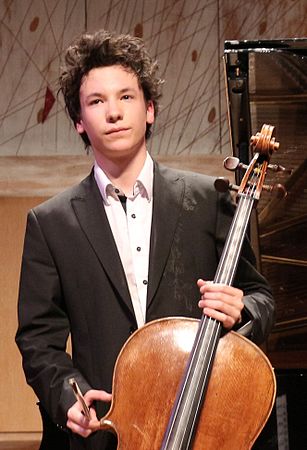 Moreau was born in Paris on 3 April 1994. He began studying the cello at age four with Carlos Beyris as well as the piano, instrument for which he obtained his First Prize at the Conservatoire à rayonnement régional de Boulogne-Billancourt in 2010. After following the teaching of Xavier Gagnepain, he continued his studies at the Conservatoire de Paris in the class of Philippe Muller in cello and Claire Désert for chamber music.

At the age of 15, he won the Young Soloist Prize at the Concours de violoncelle Rostropovitch and at 17, the second prize of the International Tchaikovsky Competition. In 2013 he signed an exclusive contract with Erato, and his first recording, a recital of pieces for cello and piano with Pierre-Yves Hodique, was published in 2014. Révélation soliste instrumental de l'année at the Victoires de la musique classique 201…Read more on Wikipedia

Work of Edgar Moreau in the library